18 'healthy habits' you should give up 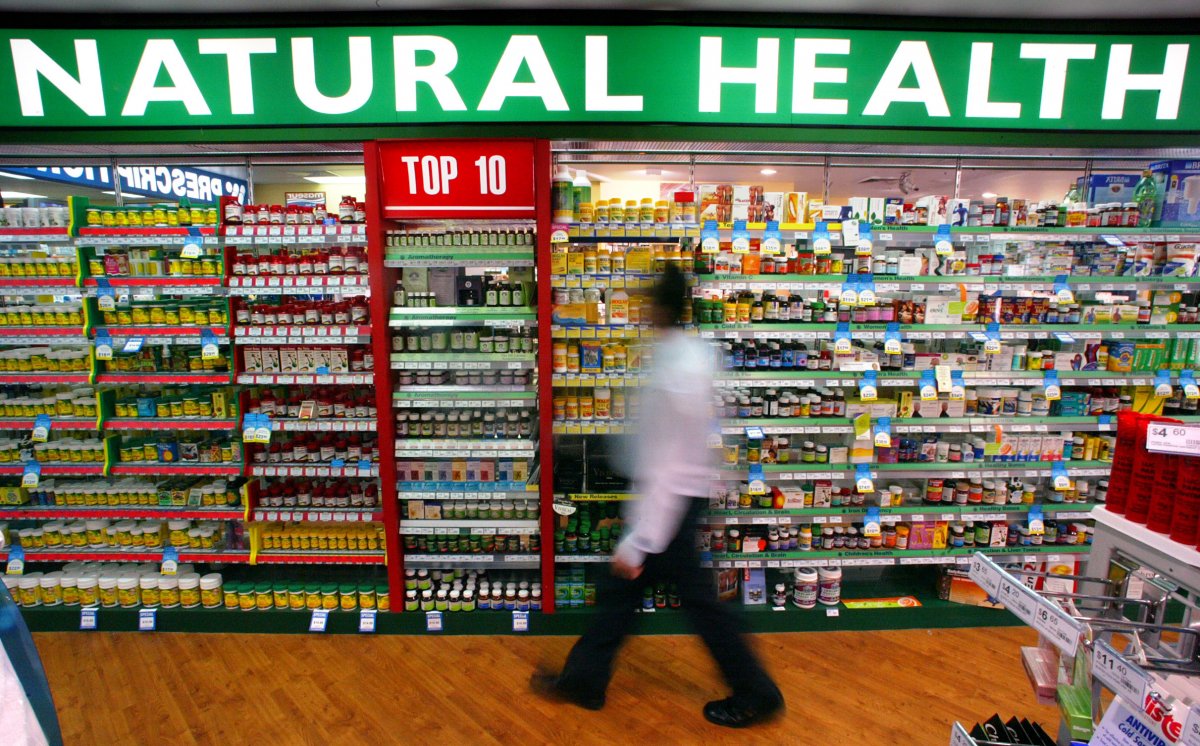 We all have them — habits we think are healthy because we heard them somewhere on the news or from a health-conscious friend. And no matter how much we hate them, we just keep doing them because we think they're good for us.

Take using BMI to tell whether you're a healthy weight. Is it really the best measure of fitness?

Or taking a daily multivitamin. Healthy habit or a little bit of nonsense?

A recent long-term study looking at data on nearly 4,000 US adults found no benefit in terms of overall risk of dying from standing as opposed to sitting.

In the short term, however, standing does burn more calories per minute; so if losing weight is all you're worried about, stand on!

Your avocado toast misses you.

According to recommendations from the USDA in the 1990s, millions of Americans seeking to lose weight opted for a low-fat, high-starch diet. They chose margarine over butter and "fat-free" instead of "regular," and they curbed their indulgence on rich, creamy foods. But it didn't work.

An eight-year trial involving almost 50,000 women, roughly half of whom went on a low-fat diet, found that those on the low-fat plan didn't lower their risk of breast cancer, colorectal cancer, or heart disease. Plus, they didn't lose much weight, if any. New recommendations show that healthy fats, like those from nuts, fish, and avocados, are actually good for you in moderation! So add them back into your diet if you haven't already.

Using BMI to tell whether you're a healthy weight

Sometime during your most recent doctor's visit, your physician probably had you hop on a scale to determine whether you were a healthy weight. After weighing and measuring you, he or she might have shown you a colorful body-mass-index chart.

In reality, the BMI, which was invented in the 1830s, is not a great measure of fitness when used on its own. Obesity experts say the BMI has several major problems, including the fact that it ignores two important factors: 1) how much body fat you're carrying around, and 2) your waist circumference, which can be a good measure of your risk for certain diseases, including heart disease and Type 2 diabetes.

Unless you're among the 1% of Americans who suffer from celiac disease, gluten probably won't have a negative effect on you. In fact, studies show that most people suffer from slight bloating and gas when they eat, whether they consume wheat or not. So go ahead and eat that bagel.

Alternatives to dairy milk have been surging in popularity in the past few years, chief among them almond milk. Yet almond milk is practically devoid of nutrients.

By themselves, almonds are protein powerhouses. But a typical glass of almond milk, by volume, is just about 2% almonds and contains almost no protein. And all the vitamins inside are added. So if you're looking for a truly healthy alternative, opt for soy, skim, or low-fat milk.

When you juice fresh fruits and veggies, you remove all of their fiber, the key ingredient that keeps you feeling full and satisfied until your next meal.

What you keep is the sugar. In the short term, a high-sugar, low-protein diet means constant hunger pangs, mood swings, and low energy. In the long term, you can lose muscle mass since muscles rely on protein.

If you wash your hands regularly throughout the day, hand sanitizer is almost entirely unnecessary. Plus, it can't kill all the germs that plain old soap and water can.

Norovirus and C. difficile, for example, are immune to sanitizing gels.

Lots of people began avoiding egg yolks when nutrition experts came out with a recommendation that eating cholesterol was bad for you because it raised your cholesterol.

But there's good news: A growing body of research shows that for the vast majority of people, dietary cholesterol (from foods you eat) doesn't really have much of an effect on your blood cholesterol. So unless you have high cholesterol, ditch those nasty egg-white-only alternatives. Good morning, eggs Benedict!

Holding your breath after someone sneezes or coughs

When people sneeze or cough without covering their mouth or nose, bacteria enter the air at speeds approaching 50 to 200 mph.

If you're nearby, holding your breath won't do much good in preventing them from landing on your mouth, nose, or eyes. It'll stop you from pulling in any bacteria hanging directly in front of your face, but that's about it.

Taking tons of vitamin C to ward off a cold

While a little extra vitamin C can boost an underperforming immune system, taking too much will make you sick.

The upper limit for an adult is 2,000 milligrams a day. Any more than that will most likely cause diarrhea, nausea, vomiting, heartburn, headaches, and other side effects.

Close to half of American adults take vitamins every day. Yet decades' worth of research hasn't found any justification for our pill-popping habit.

That isn't to say we don't need small amounts of vitamins to survive — without vitamins like A, C, and E, for example, we have a hard time turning food into energy and can develop conditions like rickets or scurvy. Here's the thing: Research shows we get more than enough of these substances from what we eat, so no need for a pill!

Monosodium glutamate is an ingredient added to many foods to enhance their flavor. It's safe to ingest.

MSG is often associated with a series of symptoms including numbness at the base of the neck and a general sense of fatigue that are commonly lumped together and called "Chinese Restaurant Syndrome." Eating too much, regardless of the amount of MSG, is the more likely culprit here.

Not cracking your knuckles

Until recently, it was common knowledge that knuckle cracking was not only annoying but also terrible for your joints. Several new studies have upended that idea, however. Some suggest it might serve as a good indicator that a joint is well lubricated.

Commenting on a recent study in PLOS One, Greg Kawchuk, the lead researcher and professor of rehabilitation medicine at the University of Alberta, said: "Although speculative, we wonder if being able to crack ones joints is a sign that the joint is actually healthy and that the inability to do so could be a sign of joint problems to come."

Going on a "detox" diet

No one needs to detox. Unless you've been poisoned, you already have a superefficient system for filtering out most of the harmful substances you eat. It's made up of two toxin-bashing organs: the liver and the kidneys.

While our kidneys filter our blood and remove any waste from our diet, our livers process medications and detoxify any chemicals we ingest. Paired together, these organs make our bodies natural cleansing powerhouses.

We've all heard the rumors about how "nuking" foods robs them of their nutrients. Fortunately for most of us, this is entirely false. Microwave ovens cook food using energy waves. The waves cause the molecules in food to vibrate quickly, building up their energy as heat.

Of course, some nutrients begin to disintegrate when heated, whether from a microwave, a stove, or something else. But since microwave-cooking times are typically much shorter than oven-cooking times, microwaving something often does a better job of keeping its vitamins intact than other cooking methods.

Flossing became controversial in 2016 after a report from the Associated Press found that the effectiveness of flossing had never been researched.

The US government has recommended flossing for nearly four decades. But according to the Dietary Guidelines for Americans, a set of recommendations the agency sends out every five years, all of the recommendations have to be grounded in scientific evidence.

And flossing is, well, not.

In its report, published in August, the AP says it used the Freedom of Information Act to request evidence for the benefits of flossing from the Department of Health and Human Services. AP never received that evidence. Instead, it got a letter from the government acknowledging that the effectiveness of flossing had never been studied.