8 Secrets of People Who Never Miss a Workout 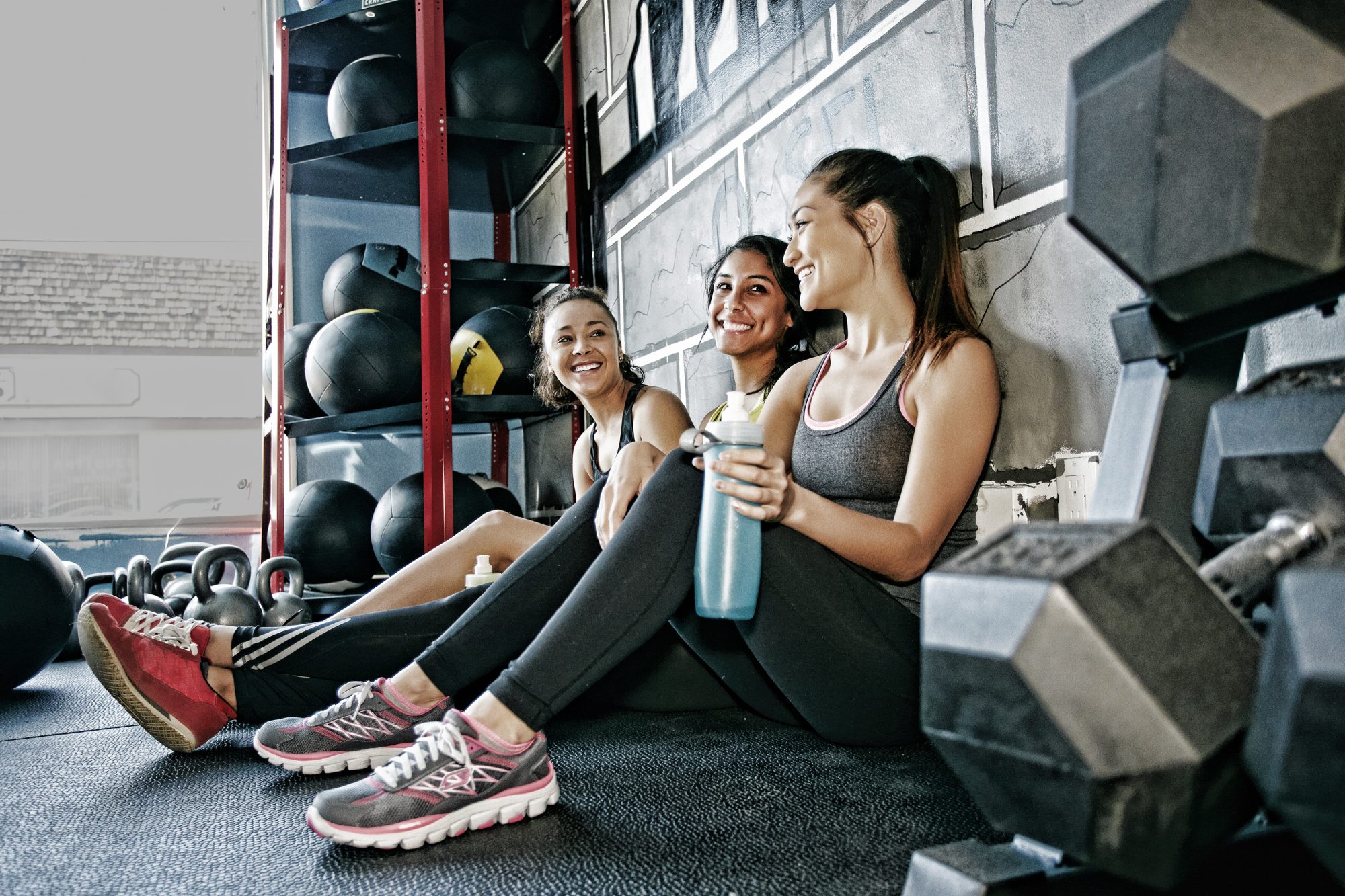 We all have that one pal or family member that seems to consistently be working out. On social media, there are the countless check-ins at the gym and fitness studios, the #seenonmyrun hashtags, the pics of brand-new and triumphantly mud-covered sneakers, updates on calories burned, and maps of miles biked or jogged. Meanwhile, you may have meant to head to the gym—but instead, here you are, scrolling through your feeds on the couch.

Real talk: It may not look like it, but even those avid exercisers sometimes struggle. “When my alarm goes off each morning, my first thought is often ‘urgggg,’” confesses Jessie F.*, an endurance athlete who’s completed three marathons, a full Ironman, and more half-marathons and Olympic triathlons than she can count. (Impressive, right?) But no matter what the weather—or how early her alarm goes off—Jessie never bails on a workout.

What keeps her so committed? We spoke to people who never miss a scheduled sweat sesh–along with personal trainers and coaches who go to the gym like, well, it’s their job–to find out their secrets.

Your workout can be gentle or challenging, but the logistics should always be simple. That’s why Pete N. skips the gym in favor of P90X. “Exercising at home saves time, so there’s never an excuse not to work out,” he says.

Rachel Kasab goes a step beyond the classic advice to pack your workout gear the night before. “If I have an early wake-up the next day, sometimes I sleep in my workout clothes to make sure I follow through," she says. "Once you have your gear on you have no excuse!”

“My real secret is finding the other ‘crazies’ who enjoy working out at the crack of dawn,” Jessie says. “If you agree to meet your workout buddy at 5:45 a.m., there’s no way you can back out. When I did the Ironman, I couldn't have done it without finding my crew.”

Not wanting to let people down is compelling for instructors too. “I became a group fitness instructor in 2016,” says Cori Magnotta. “You can’t flake out when 20 people are counting on you to show up and lead them!”

Make sure you’ll pay a price for bailing

Gyms and studios that charge even if you skip out on your workout are on to something. “My gym charges a $10 penalty fee if you don’t show up for a class you registered for plus the price of the class,” says Jen. C. “You could lose up to $30 for just being lazy. I can’t stand wasting money, so when I sign up for a class, I go.”

Ashley D. upped the ante and hired a running coach who crafts personalized workout schedules for her and her husband. "The accountability is huge," she says. "I don’t want to waste the money we pay for the coach, and I’m embarrassed if I don’t get in all my workouts or don’t show improvement over time, so I make sure to do all my runs and try hard. First time I’ve ever really stuck with running–and I just ran my first half-marathon!”

Gadgets know when you hit your fitness goals–and when you slack. “My Fitbit keeps me honest and accountable,” says Deb Russell, who never misses a workout aside from sick days.

Cathy Hale combines both friends and tech to keep her accountable. “I share my workout activity on my Apple Watch with my super-fit friend,” she says. “It may sound silly, but it keeps me motivated to hit our shared goals. We’re both in our 40s with kiddos, so even when we can’t always work out together, she keeps me motivated virtually. We text each other notes of encouragement.”

Focus on how it’ll make you feel afterward

Jessie credits happy-making endorphins with keeping her committed to daily workouts. And she’s not alone. “I always know I’ll feel great after I start my run, and sometimes that’s reason enough to get going,” says Emily A. “After I had a bad breakup and was feeling so depressed, I’d remind myself that if I ran, the endorphins would make me feel better chemically. I’d make a conscious effort to remember that running would lift me up and improve my mood.”

A due date—in the form of a scheduled race—is motivation magic. “I started running in 2017 and part of how I got myself to run was registering for a 5K and planning to do it with friends,” says Amy M. Gardner, certified coach and consultant with Apochromatik. After her first 5K in April, she signed up for another in September and a 15K the following month. “Whether it was not wanting to finish a race dead last or just wanting to keep a commitment to friends, it helped me get out the door on the days when running wasn't remotely appealing,” she says. “By the time I registered for an 8K on Thanksgiving Day, I was doing it because I knew it would be fun and didn't need the peer pressure/embarrassment threat to get myself training [anymore].”

Not into running? Other concrete, specific fitness goals–like doing 50 crunches a day–are also effective. Small incentives help too: “Book a manicure,” suggests Kasab, or schedule another fun reward for immediately after your gym session.

Make it a habit

"Rut" is usually a bad word when it comes to workouts. But a predictable routine—swimming every morning, for instance—can remove that will I or won't I? deliberation.

“For about 10 years I worked out six to seven days a week without fail,” says Jessica Cintron. Exercise was originally a way to avoid the dreaded freshman 15, she says, but eventually grew into a habit. “At some point it became a part of my routine, and I no longer thought about it as something to schedule into my day,” she says. “It just was a part of my day.”

She’s not the only one. “We say that doing something every day is easier than doing something some days,” says Lara Land, owner of Land Yoga, an Ashtanga yoga studio in New York City. “You just do it, the same way you brush your teeth every day.”

Give yourself a little break

Here’s maybe the biggest secret of all: Even the most devoted exercisers take days off. “To keep my workout promises to myself, I build in rest days without guilt,” says KJ Landis, author and creator of the Superior Self series. “I allow myself to sleep in, get a massage or pedicure, take in a movie, or go on a shopping excursion. It’s a well-deserved break that deserves no self-deprecating thoughts.”

Learn to tell the difference between simply not being in the mood to hit the gym and those days when you’re really better off taking it easy. “Get into a routine—but listen to your body when it’s tired," says life coach Emily Radin. "If you’re truly dying to veg in front of the TV for a night with a bowl of pasta, just think of it as a refueling night,” she says. “My ultimate golden rule is never miss three days in a row.”

This article first appeared on Health