How to look and feel healthier in one week, according to a nutritionist 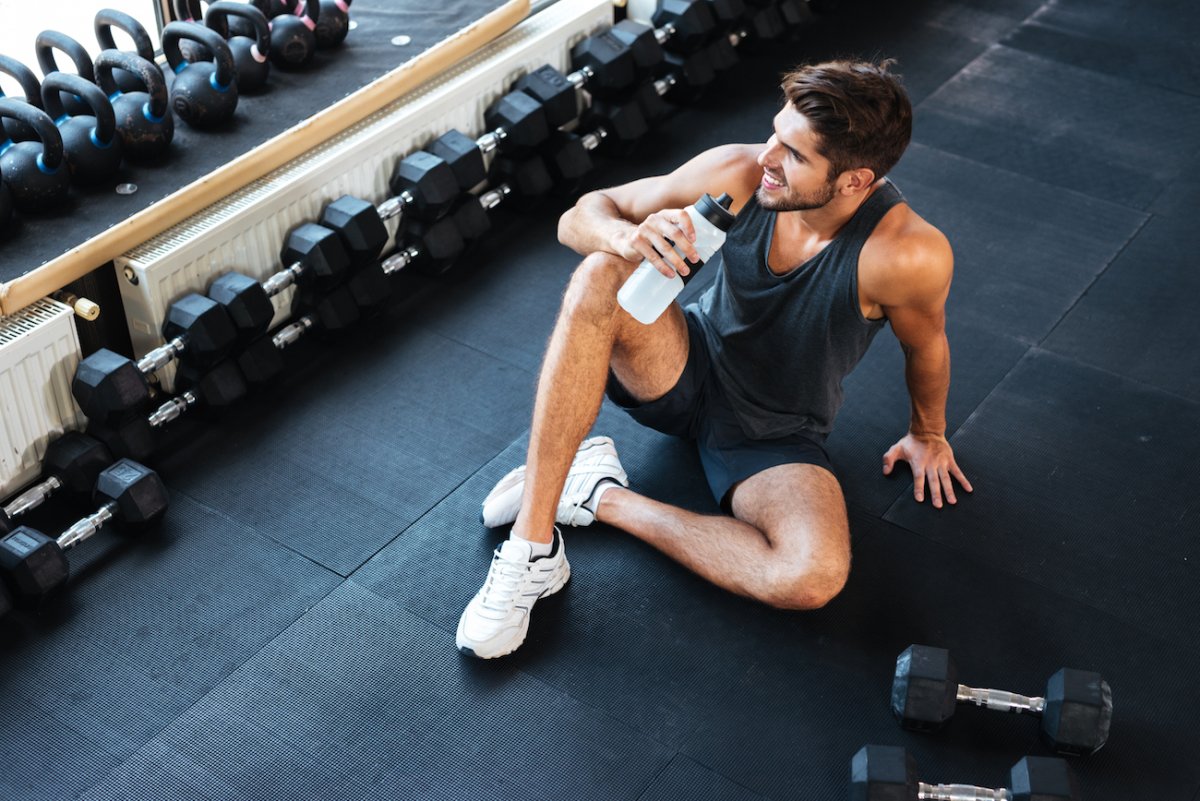 If you're feeling bloated after your Thanksgiving feast or guilty about breaking healthy eating habits, don't fret.

There are plenty of things you can start doing now to look and feel healthier quickly.

You're probably not going to wake up looking like an underwear model tomorrow — but you can certainly start feeling better and improving your digestion in a week, according to registered dietitian and nutritionist Andy Bellatti.

Here are a few things Bellatti and other nutritionists recommend.

DO: Drink lots of water.

Water is essential — it regulates the shape of every cell inside our bodies. If we don't get enough, in fact, these cells begin to shrivel up.The CDC recommends choosing water instead of sugar-sweetened beverages to "help with weight management." Swapping a cold glass of H2O for a single 20-ounce soda will save you about 240 calories.

DON'T: Go on a juice cleanse.

If you're considering a "detox" or "juice cleanse," you might want to reconsider. Drinking just water, juice, or any other liquefied concoction for more than a few days can set you up for unhealthy eating behaviors, and can often lead to spikes and drops in blood sugar levels, which can spawn cravings and mood swings.

"This is a recipe for 'hangriness,'" Bellatti said, "that also inaccurately paints all solid food as problematic."

DO: Cut back on sodium.

Most of us — 89% of US adults, according to the CDC — eat too much sodium, and that's not including any salt added at the table. Too much salt in your diet can cause puffiness and bloating, so cutting back can help you avoid that.

There's a difference between cutting back on things you eat in excess and banning certain food groups entirely. Diets that rely on avoiding ingredients (like sugar or gluten) can lead to replacing those things with other ingredients that play the same role in the body (like honey or corn-based foods). Doing this can be dangerous if the replacement products are nutrient-deficient.

DO: Fill up with fiber.

Writer Michael Pollan said it best: "Eat food. Not too much. Mostly plants."

Fresh, high-fiber vegetables like broccoli, bell peppers, and brussels sprouts — which the CDC calls "powerhouse foods" — are a great source of key vitamins and nutrients, including fiber, which helps keep you feeling full and satisfied until your next meal.

"Whole, plant-based foods (fruits, vegetables, whole grains, beans, nuts, and seeds) are best," Bellatti said. "One quick way to add extra fiber to your day: sprinkle chia, hemp, or ground flax over whatever you're eating for a boost."

DON'T: Rely on powders and pills.

The problem with diet powders and pills, Bellatti says, is that they often take something that was once a whole food, like a fruit or a vegetable, then process it to separate out one ingredient. That's alright for things like cocoa powder, which does have nutrients, but it shouldn't make up the bulk of your dietary intake.

"When something is a powder, you're probably using what, a teaspoon or tablespoon at most? And you have to wonder how much that can really do. Versus a cup of broccoli or a quarter cup of cashews. That’s something significant," Bellatti said.

DO: Be mindful of portion sizes.

The baseline portion sizes of our snacks and meals have ballooned over the last 40 years — even the plates and cups we serve them on have gotten noticeably bigger. The average size of many of our foods — whether fast-food, sit-down meals, or even items from the grocery store — has grown by as much as 138% since the 1970s, according to data from the American Journal of Public Health, the Journal of Nutrition, and the Journal of the American Medical Association. So be mindful of portion sizes, and if you're eating out, consider taking some of your meal home for later.

Focusing too much on calories can be dangerous, too, since the measurement falsely makes it seem like a calorie of one food is exactly the same as that of another.

"This is especially true when eating at restaurants," Bellatti said. "Many low-calorie items are loaded with sodium, which retains water and can leave you feeling bloated."

Plus, keep in mind that for sustained weight loss, you're only supposed to lose about 1-3 pounds each week.

"That tends to be a lot more sustainable than losing a whole bunch at once," Philip Stanforth, a professor of exercise science at the University of Texas and the executive director of the Fitness Institute of Texas, told Business Insider.

Thinking positively about eating and feeling better can help motivate some people to stick to a new lifestyle.

"In terms of changing the way you eat (it's much more than a 'diet'), focus on the opportunities and what you can eat as opposed to what foods you're trying to cut down on," Dr. Donald Hensrud, who chairs the Mayo Clinic's division of preventive, occupational and aerospace medicine, wrote in a blog post. "There are many wonderful foods and recipes to explore, and believe it or not, we can learn to like new foods."

Let's be real: Eating right for a week isn't going to counteract decades of subsisting on fries and Frappuccinos. But it is enough to reduce some of the more irritating aspects of those symptoms, like the bloating linked with a high-salt diet, and the fatigue associated with blood sugar crashes.

"The most that can happen in a week's time is that you make choices that help reduce bloating and puffiness. Any promises beyond that are more about marketing and hyperbole than anything else," said Bellatti.

But committing to treating your body well — even if only for a few days — might be enough to lay the foundation for months or years of future healthy eating. If you can prove to yourself that you can treat your body right (and that it feels good to do so) you just might be more likely to keep it up later on.