How to Finally Start Working Out (Even If You Hate It) 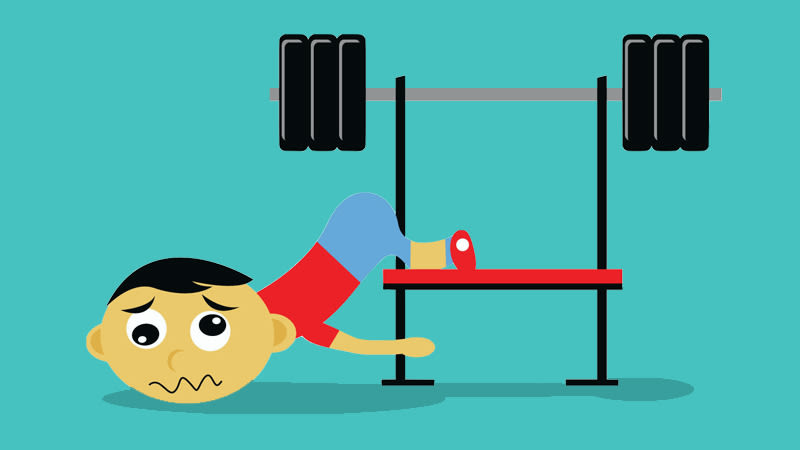 Hating exercise isn’t the same as being lazy. Exercise motivation is a complicated subject, but if getting off the couch is the hardest part for you, we’ve got you covered. Here’s how to finally start working out, no matter how much you might hate it.

There is actually evidence to suggest that your innate enjoyment from exercise may be determined by your genes. Relatively recent research from The Journal of Physiology selectively bred mice based on their predisposition to exercise. After a few generations of breeding (or shall we say inbreeding like Lannisters), brain activity showed that one group of mice found exercise to be rewarding—and thus voluntarily exercised more—while the other group did not.

But of course, people aren’t mice—Peter Pettigrew aside. There plenty of reasons exercise may bore you. Still, it’s hard to discount the fact that genetics play a role. For the unlucky individuals in this pool, this can quickly spiral out of control if you put on weight as a result; you hate exercise, and gaining weight compounds the difficulty of getting started.

More importantly: hating exercise isn’t a moral failure, as many would have you believe. Hell, the treadmill was originally created as a torture device, and you’re no more to blame for hating it than you are for...well...any other torture device.

But as I’ve said before, culpability and responsibility are not the same thing. You can’t help your innate feelings or preferences, but you’re damn well responsible for doing something about it. I’ve found that if there is a laziness of sorts preventing people from exercising, it’s not a physical one, but a mental one—it’s the laziness of considering alternative explanations rather than reducing the problem to sheer “laziness,” showing yourself some compassion, then committing to an actionable plan.

So get yourself in the correct mental headspace, and move forward with the following plan.

Pick the Correct Exercise Discipline for Your Goals

I’ve found this is where people make the biggest mistake. The default activity for anything health related is to start running or commit to an event such as a marathon. “I need to lose weight...I should start running!” “I need to improve my flexibility and back issues...I should join a marathon!” “Man, this rash stillisn’t going away...I bet there’s a treadmill sale somewhere!”

There are natural reasons that running is the default exercise of choice. Not only is it super accessible, but society has a bit of a “just do it” mentality, which further implies that you should “just suck it up” and get started. But this is the wrong mindset. It implies that there are few nuances to adhering to your regimen, and failing means that you “just couldn’t do it.” Translation: you obviously “weren’t tough enough” to do something so simple.

In reality, because most people start exercising for purposes of weight loss, running might actually be the worst route to go. It can be a painful endeavor for those considerably overweight and—along with other forms of exercise that focus on the caloric burn—yields a low return on your investment.

This is not to say that running is bad. Do start running if you truly love it (or can honestly see yourself loving it), if weight loss isn’t your main focus, or if you explicitly want to improve your endurance. However, if weight loss is your priority or you just can’t stand running, consider other forms of exercise. Those who are overweight and sedentary will benefit from starting off by walking instead. Even better, consider investing some time into strength training in the gym (if finances permit) or using your own body weight.

Find the Most Important Measurement for Creating That Habit

The best apps are famous for getting users to stick and create habit around using them every day. One of the ways that they do this is through a concept known as activation—the magical “aha” understanding that causes someone to start using a product repeatedly. For example, Facebook’s “activation” is getting seven friends in the first ten days, whereas Dropbox’s activation is uploading your first file.

Thinking of exercise as “sticky” will do wonders for adherence, and luckily we can apply these same concepts to fitness.

When you pick your exercise of choice—be it yoga, running, strength training, boxing, or something else—find the one improvement that will excite you the most. If you take up strength training, this might mean being able to do more pushups in one total set or increasing your favorite exercise, like a dumbbell shoulder press. If you want to get better at running, this might mean a better one-mile time or a better time on your sprint. If it’s difficult for you to come up with a metric, consider using “perceived exertion” on a scale of one to ten. For example, if you start walking more, consider using the total amount of time that you’re walking at a brisk pace until you feel a 7/10 in terms of fatigue.

The concept of activation explains why many group classes, despite their cult-like hype, aren’t effective when it comes to adherence. It’s harder to find your personal definition of “activation” doing something like SoulCycle, or a similar cookie cutter class. Furthermore, you are forced to move at the pace of others in the group, rather than your personal one.

Whatever your choice for “activation,” realize that the improvement might be miniscule at first—an extra rep on your set of push-ups or a few seconds on your mile. But make no mistake, activation is important because it makes exercise “sticky.” It’s not enough to just feel good that you did something. That’s fine at first, but it will only last for so long, especially in those who inherently dislike exercise. Don’t trick yourself into thinking that you’ll eventually love it one day. Hell, even I still don’t.

Once you’ve figured out your metric for activation, measure your baseline. Using the examples above, that means seeing how many pushups you can do in one set or how long it takes you to run a mile. Make sure that you use a reasonable amount of effort.

Next, embark on a well-vetted beginner’s program, rather than going off on your own. For strength training, I suggest Starting Strength, Lifehacker’s body weight program, or the Minimum Viable Fitness program that I wrote. For running, I’ve heard many great things about Couch to 5k. Reddit’s /r/fitnesssubsection has a good selection of beginners programs. Make sure that the program that you select incorporates your metric and exercise for “activation.” Better yet, pick an activation metric that’s already in the program of your choice if you can.

After a week, measure against the baseline that you set, using the exact same conditions. In all likelihood, you’ll see an improvement—if not, treat fitness like an objective problem and figure out what went wrong. This as a concrete win...you improved. This didn’t take weeks or months, but close to a single week. Make sure to celebrate and appreciate that as a newbie, you’ll continue to make week-to-week improvements. Eventually, you’ll realize that success isn’t about following shallow mantras like “just do it”, but rather, moving beyond that mentality.

This acticle first appeared on LifeHacker. Click here to read the original article.