How to Stop Fat-Shaming Yourself 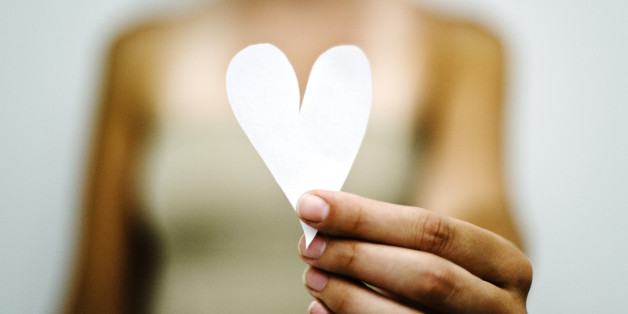 It’s time to take real action toward loving the skin you’re in.

I hate my cellulite. That cookie is going straight to my hips. You might think it’s no biggie to go low on your looks now and then, but words like these eat away at your confidence and self-worth. “Fat-talk comments are like Velcro; they stick to you, and they can start to become your identity,” says Cynthia Bulik, PhD, professor of eating disorders and nutrition at the University of North Carolina School of Medicine. Put a sock in it: The first step is to identify your body-bashing habits. Then replace them with more forgiving and actually accurate thoughts.

Week 1: Get up close and personal

“Body bashing can be obvious,” says Bulik (think: I look fat). “But it also manifests in subtler ways.” This week is about being cognizant of fat talk in all its forms.

Face the mirror: Look at your reflection and note any negative thoughts about your appearance that pop into your head, says Bulik: “The mirror is where fat talk is usually automatic; we tend to focus on flaws.”

Spot silent fat talk: Next, keep tabs on nonverbal body-bashing habits you do day to day (sucking in your belly, pinching a bat wing). “The term for this is ‘body checking,’” says Bulik.

Watch for small critical moments: Maybe when you skim menus, you tell yourself, “I really shouldn’t have the burger.” Or other times you think, “I wish I could pull off skinny jeans like that girl.” "Fat talk isn’t just ‘I feel fat,’" says Rebecca Scritchfield, RDN, author of Body Kindness. “It’s all the ways we measure our bodies,” from policing our calories to comparing our looks with someone else’s.

This week, replace the negative thoughts with healthier ones—compliments included. Sound cheesy? You’ll get used to it, assures Bulik: “Giving yourself body-positive comments is like getting new glasses. They feel awkward at first, but you get used to them and they start to feel more like a part of you.”

Play “never would I ever”: Go over that list of fat-talk remarks you made last week and ask whether you would say them to your friend or daughter. “Surprise—the answer is ‘never’ every time,” says Scritchfield. "It’s a wake-up call to show how badly you’re treating yourself and how unhelpful negative self-talk is.”

Be body neutral: “It’s not realistic for everyone to go from being body negative to positive right away,” says Scritchfield. “You’re allowed to have vulnerable moments, but you have to shift the criticism.” Instead of “I look gross in this dress,” try, “I’m not gross; I’m just not feeling my most confident right now, and that’s OK.”

Build a library: Think up a whole list of kind thoughts about yourself. Then, when a self-critical one surfaces this week, chase it with something from the list. (The compliments don’t have to be body-related, says Scritchfield: “I give great advice” can be just as effective as “I have awesome boobs.”)

Week 3: Pass along the kindness

Fat talk is contagious, warns Scritchfield: "It spreads like a virus of negative energy.” Cultivate more body positivity toward others with these tips.

Have “no fat talk” zones: Social circles use body bashing as a bonding mechanism, says Bulik. Address the issue head-on when someone initiates it by saying, “Guys, no fat talk. None of that tonight.”

Don’t rush to judge: Catch yourself whenever you open a magazine and think a critical thought, or whenever you’re on the street and silently condemn a stranger’s shape or appearance. “We’re oddly compelled to judge,” says Bulik, who encourages you to call yourself out after each cruel thought. Remind yourself, “This is the kind of thinking that perpetuates fat talk. Not cool.”

Dish out props: Give at least one genuine compliment every day. “The goal of this is to really work the muscle of thinking with compassion, about yourself and other people, all the time,” says Scritchfield. It just may change the tone of your days.

This acticle first appeared on Health. Click here to read the original article.