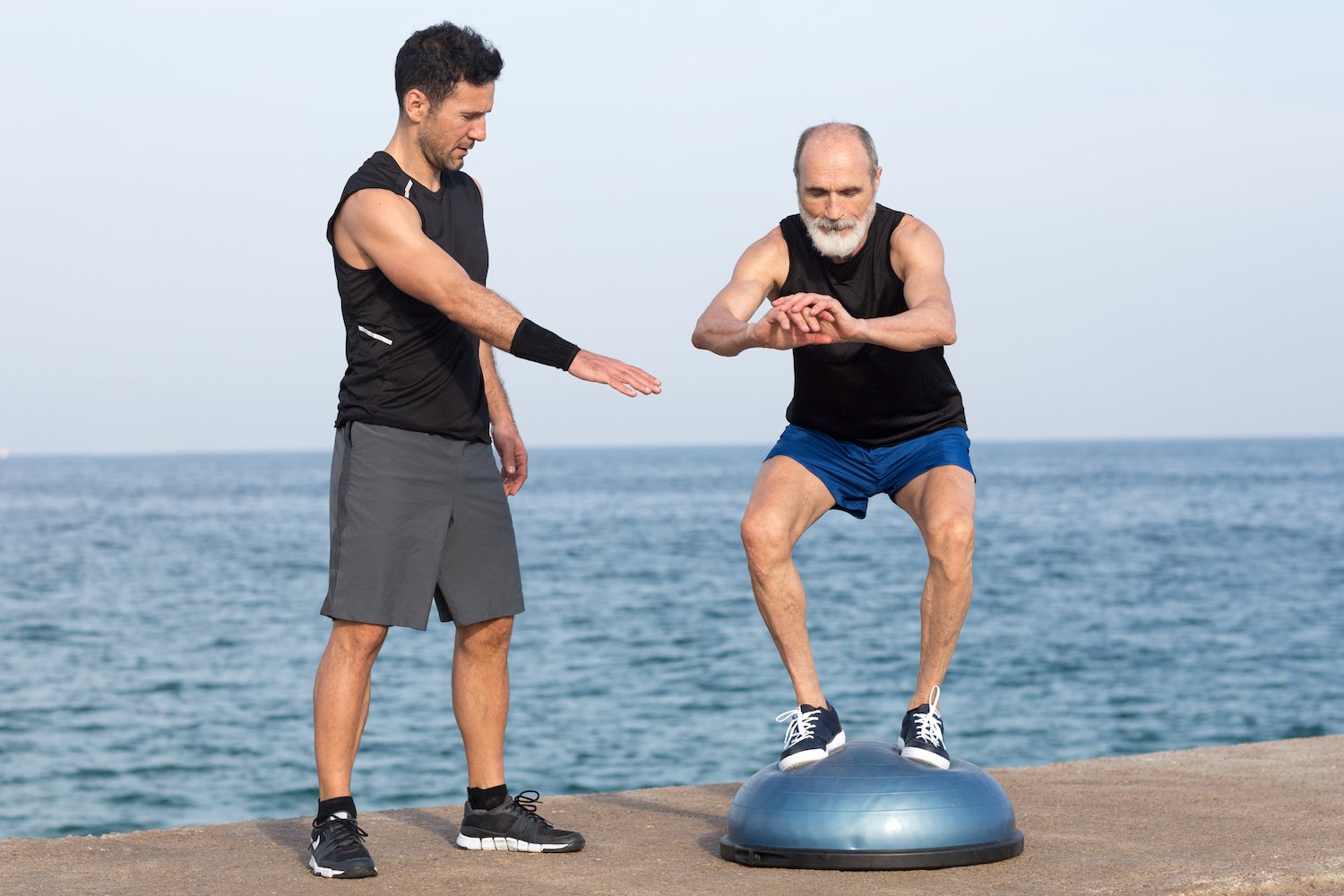 Middle age is not too late to start exercising. In fact, new evidence suggests that doing so can reverse some of the dangerous and deadly effects of a life spent sitting in a chair or on a couch.

In a new study released in the journal Circulation on Monday, doctors found that as a little as two years of consistent aerobic exercise can have a dramatic effect on the health of a previously sedentary middle-aged person's heart. The researchers said the effort could be almost as good for your heart's flexibility as being a pro athlete.

Researchers already knew a lifetime of exercising four to five days a week helps keep your heart healthy. But their new evidence suggests that even a person who shunned exercise for decades can change their ways in mid-life and become part of the heart-healthy crew.

"The 'sweet spot' in life to get off the couch and start exercising is in late-middle age, when the heart still has plasticity," lead study author Benjamin Levine, a cardiologist from the University of Texas Southwestern Medical Center, said in a release.

Reversing the effects of sitting with a tailored exercise 'prescription'

Recent research has suggested that sitting all day is linked to the buildup of proteins called troponins, which heart muscle cells release when they're damaged. Doctors actually look for a surge of troponins in people's blood when diagnosing a heart attack. An October study found that individuals who sit more than 10 hours a day have above-normal troponin levels — not heart-attack levels, but high enough that researchers considered the condition "subclinical cardiac injury."

For the newly published study on exercise, 52 middle-aged men and women (ages 48 to 58) living around Dallas, Texas, embarked on a two-year exercise regimen. Roughly half of the participants (28 people) did an aerobic exercise program that included at least one day a week of a high-intensity interval workout. The other 24 participants were part of a control group that did yoga or stretching three times a week instead.

After two years, the vigorous exercisers had unsurprisingly increased their fitness levels drastically. But they also reduced their heart's "left ventricular stiffness," which improved how well their hearts pumped blood and reduced their risk of heart failure.

Ramping up the intensity

Since the study participants had gone decades without moving much, the coaches started them out slow.

For the first month of the study, people in the more vigorous group worked out in 30-minute sessions three times a week. Then the exercise physiologists running the study started pushing those participants to do more intense forms of exercise. By the third month, those individuals were doing 28-minute interval workouts, in which they would do four minutes of exercise at their "peak" heart rate, followed by three minutes of active recovery. On days after that interval training, experts prescribed more gentle recovery days — the participants might walk for 20 to 30 minutes or do a light aerobic workout.

After six months, most people in that group had ramped their efforts to between five and six hours of moderate to vigorous exercise each week. Their weekly regimes always included one or two interval training sessions, plus at least one hour-long workout and a 30-minute "base pace" session.

The coaches encouraged people to mix it up so they wouldn't get bored with their workouts: They suggested participants mix in some trail running, swimming, elliptical training, and treadmill days.

Even though the participants were on their own for most of those sessions, they got a lot of guidance about what to do, Levine said.

“It helps that we gave them a calendar, with every work out specified over the entire two years,” he told Business Insider in an email.

Although the group assigned to do yoga and stretching did not get as much aerobic exercise during the study period, Levine said that many of them have since picked weekly high-intensity aerobic routines after the study was completed.

But don't take these results as an excuse to put off going to the gym — the researchers caution that after about age 65, it’s likely too late to reverse the effects of a life spent sitting around.