4 Reasons To Avoid The Scale 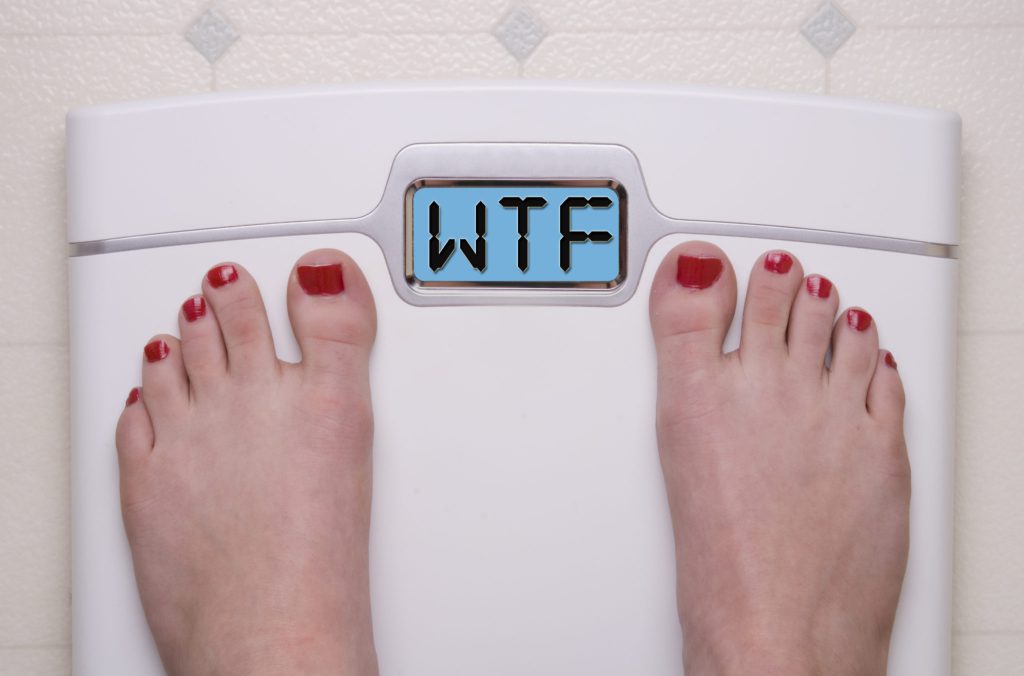 Are the scales your friend or your enemy?

I used to weigh myself 2 times a day all through college and until I had my first child — and began again after my second was born. It started because the daily dorm breakfast of buttered cinnamon toast (3 slices) ended up pushing on the seams of my jeans. When I finally got on the scale – it turned out I was up 8 pounds – Never had a weight issue before and now I was freaked.

That set the whole ritual of weighing in obsessively in motion. This is not a love/hate relationship — it’s something I saw as an obligation — hence — no fun!  My scale and I have not been the best of friends. For the next few decades as I pass that scale in the bathroom my inner voice nags me, “check that scale to make sure you’re not getting fat “– and then if I’m really feeling powerful, I  bypass it. Finally I have made a major power move and I think I’ve  broken this annoying habit. It’s been 3 months and no-nagging inner voice cajoling me to step on the scale — I’m winning the battle but the war won’t be over til I throw the damn thing out.

As a BA50, I think my body is smart and knows how it’s supposed to look. All I have to do is feed it and exercise it and dress it and be grateful I’m able to do what I do everyday. I’m done with the “fight” to try to have the “boy” hips of some of my friends — I’ve learned to embrace my curves.  Hey, have you seen the curvaceous top model Kate Upton –a  full figured runway model who is now the face of Sam Edelman, Express and Guess Clothing, Bobbi Brown cosmetics and on the cover of Elle and Vogue.  She’s got plenty of skin and it looks damn sexy. Fashion may be trending to a more full figured look and frankly I’m hoping  that takes the pressure off our teenagers and 20-somethings.

So as I walk on by that ridiculous digital floor mat and bypass the poundage check I know there’s at least  4 good reasons why it’s about to be tossed in the recycle bin:

This acticle first appeared on Better After 50. Click here to read the original article.