Weighing Yourself This Often Is Linked To Weight Loss 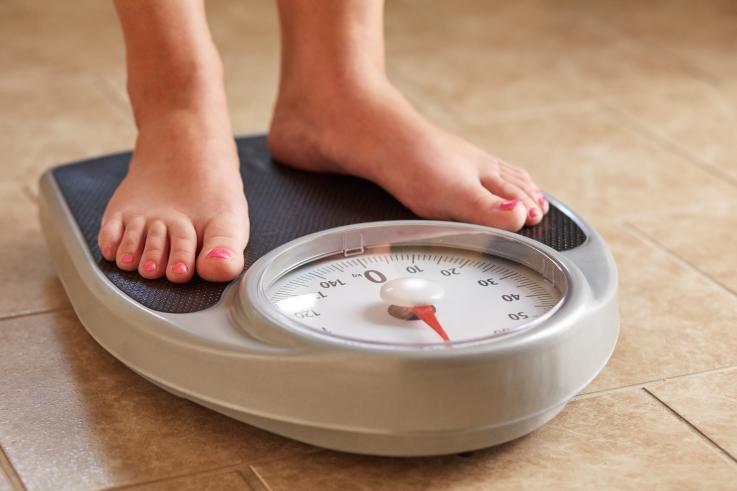 Weighing yourself could help your weight loss goals. But how often is ideal?

Weighing yourself oneself every day can help with hitting weight loss targets, according to authors from the University of Pittsburgh School of Nursing and University of California, San Francisco School of Medicine.

To arrive at their conclusion, the researchers analyzed data on 1,042 adults with an average age of 47 years old. Of the total participants, 78 percent were male and 90 percent were white. For a year, the volunteers weighed themselves as normal using Wi-Fi or Bluetooth enabled scales. The team did not offer the participants advice or directions.

By the end of the study, approximately one-third of the participants sustained a habit of daily weighing.

On average, the respondents lost on average less than 2kg.The resulting figures revealed those who measured their weight daily or six times a week, lost 1.7 percent of their body weight in the following year: an amount the team described as significant. In contrast, those who never weighed themselves, or did so once a week, did not lose weight that year.

The data was presented as a poster at the American Heart Association Scientific Sessions 2018, and has therefore not yet been peer-reviewed.

The authors believe the study suggests checking one’s body weight often makes a person more aware of how their lifestyle can affect their weight, and make appropriate tweaks.

Dr. Yaguang Zheng , co-author of the study and Post-Doctoral Scholar at the University of Pittsburgh School of Nursing acknowledgd to Newsweek: "The causal relationship between self-weighing behavior and weight changes cannot be established with this study; self-weighing behavior could be a cause or a consequence of change in weight."

Dr Katarina Kos Senior Lecturer at the University of Exeter medical School, U.K., who was not involved in the study, told Newsweek: “This study does not include people with morbid obesity" and "we do not know about their levels of depression, anxiety and potential eating disorders with which people with severe obesity typically struggle.”

Some research suggests checking one's weight daily could have e negative effects among young adolescents and  those with disordered eating.

“The big question in weight loss research is not whether we can help people to lose weight, but whether anything we do helps them to maintain their weight loss – so the fact that this study has information on weighing yourself regularly for up to a year provides great insight into these longer term effects," she argued.

“What it confirms is that weekly weighing is not enough – weighing has to be more frequent to be effective, but that this self-weighing is more important at the start of a weight-loss attempt than over time. It doesn’t seem to matter if you stop weighing yourself so much – whether you stop relatively quickly or slowly – as long as you start with regular daily weighing. So this idea that you don’t have to keep weighing yourself indefinitely in order to benefit may be encouraging to some.”

But as the trial was not randomized, it is not clear if the findings were the result of weighing or some other unknown factor, she said.

This article first appeared on Newsweek.